© Valve Corporation. All rights reserved. All trademarks are property of their respective owners in the US and other countries. Privacy Policy  |  Legal  |  Steam Subscriber Agreement  |  Refunds

NieR: Automata tells the story of androids 2B, 9S and A2 and their battle to reclaim the machine-driven dystopia overrun by powerful machines.
$39.99
Visit the Store Page
Most popular community and official content for the past week.  (?)
Hacking Mini Games giving me brain aneurysms
just finishd the witcher 3 and figured i might as well pick up nier again for some glorious booty flashes. now the thing is, i initially dropped nier after completing route A and found myself forced to play as this little brat, trading the heavy attack wi...
12

100% Guide to NieR:Automata™
This guide helps you achieve the 100% in the game NieR:Automata™ This guide was created with the help of the Nier Automata Wiki
31
260 ratings

DemonBlade Husky
View artwork
(SPOILERS) Ending discussion
Just made it through my 3rd and final play through and I was pretty disappointed with the ending. I chose A2 in the final battle. 9S becomes corrupted due to him attaching a corrupted arm from a 2B model, to his body. The corruption drives him mad and mak...
8

Finished The Game? Read This...
Pod TY-5 to Reader. Welcome, Faithful Player. This is a portal to Nier: Automata's last secret. You are here because you have reached the 'actual' ending of Nier: Automata. Ending A... Ending B... Ending C... Ending D... And finally, En...
24
173 ratings 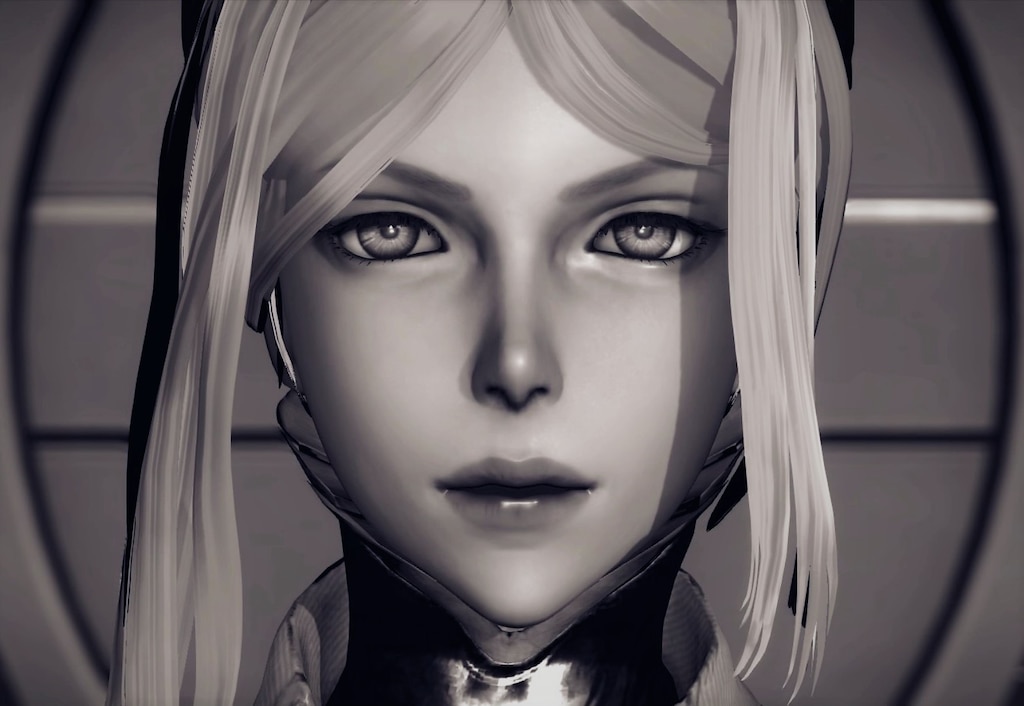 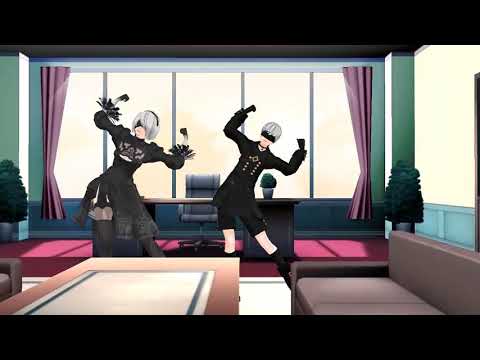 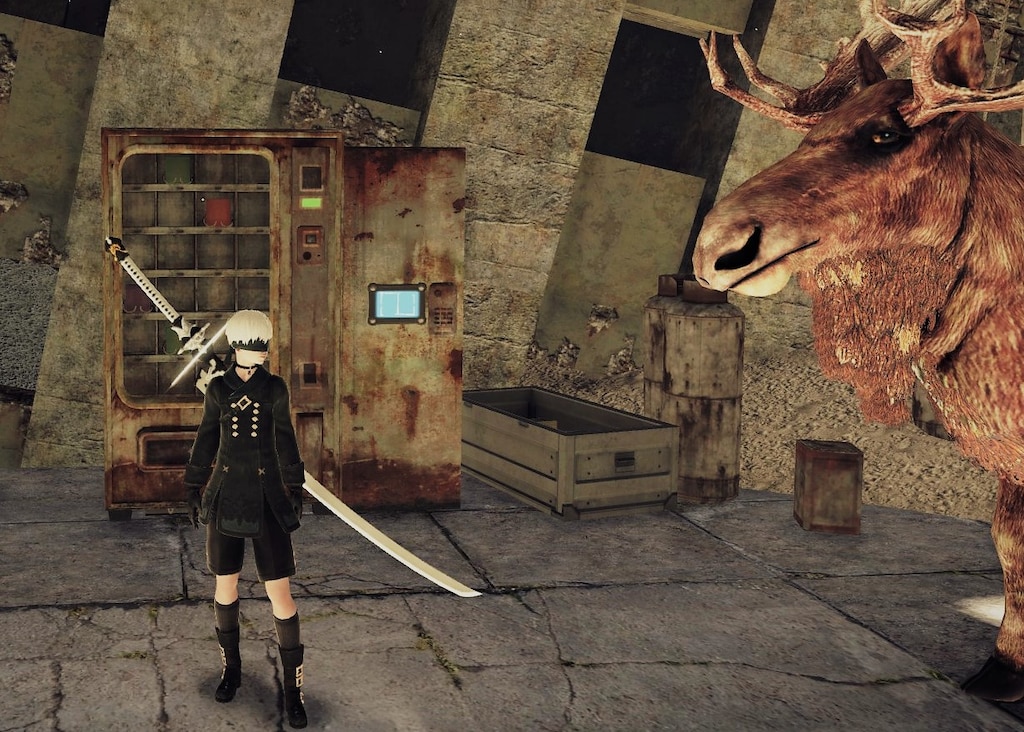 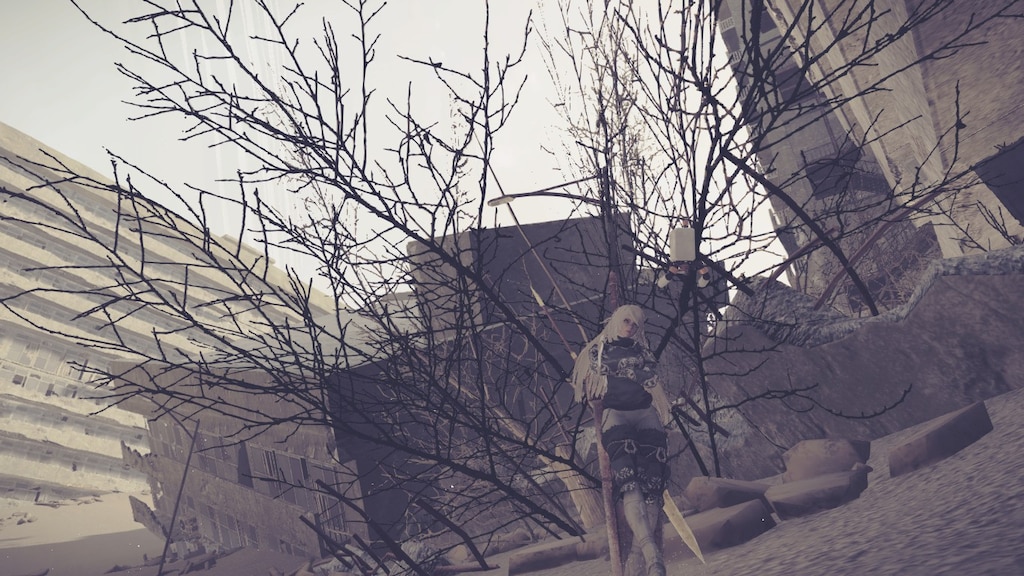 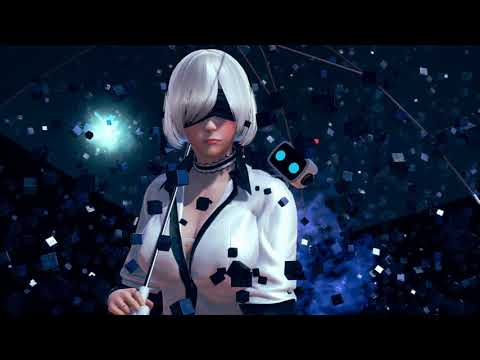 infinity
View videos
Best worst game ever
Spoilers? Also kind of not spoilers, I wish I knew all of this before I played. I cannot believe the emotional roller coaster that is this game, and no I'm not talking about the story, I'm talking about the gameplay that is so unbelievably addicting bein...
15

XSky晓天
View all guides
The 11 worst years of our future, according to games
Jan 17

One Off The List is our weekly list feature. Is there something you think doesn t deserve to be on this list? Comment with your reasons why, and next week it may be struck off.

Here we stand in the dark neo-year of 2020. The spam bots have risen to prominence, the governments of the world are bickering over follower counts, and history class has been renamed “meme studies”. Somewhere, in a dusty room in the RPS treehouse, a rogue human is compiling a list article for a crumbling PC games website. It is a warning to all those who read it. A prophecy of the terrible things to come. Wars, invasions, disease, heat death. Videogames, it turns out, have predicted all this and more. Here we replicate this cautionary pre-chronicle, your guide to the harrowing times ahead. Here are the 11 worst years in our future history, according to games. 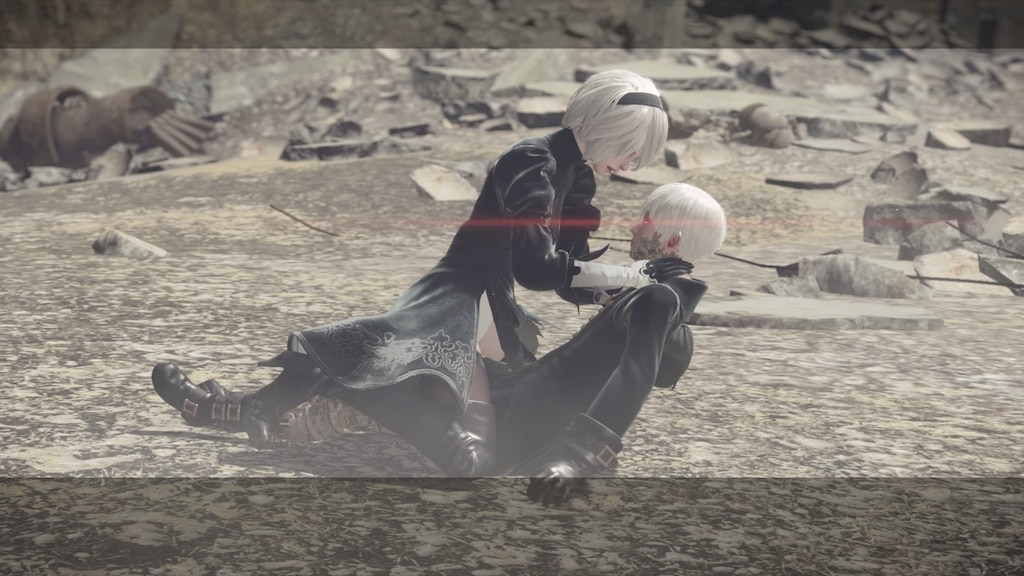 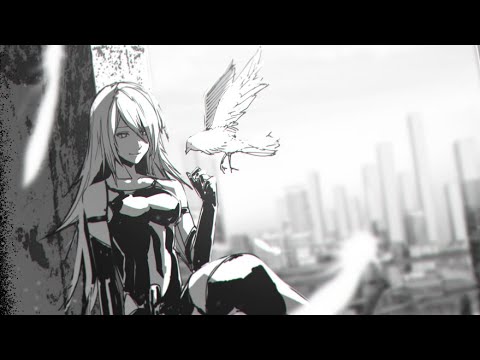 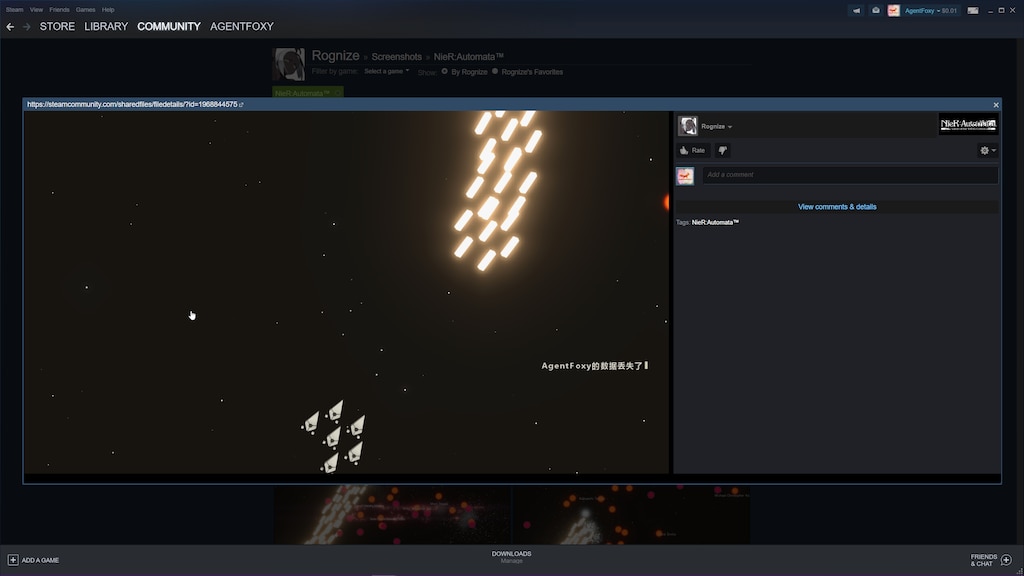 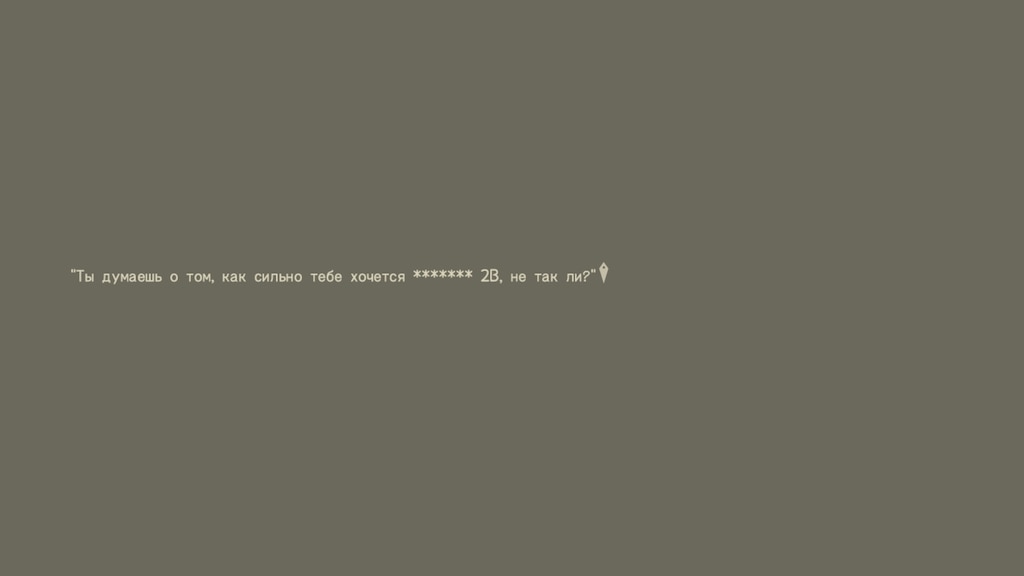 Recommended
44.0 hrs on record
Easy one of the best action games I’ve played in recent times.

Great storytelling, characters and multiple endings makes it even better. Gameplay is not without flaws. Janky movement and camera bothered me in the beginning but I got used to it quite fast. There were times when fetch quest felt kind a boring, but in overall I enjoyed this game a lot. Sound and voice overs are OK but soundtrack is amazing. For better graphics and ultra wide screen support you need to use mods.

Recommended
57.8 hrs on record
I will try to be as spoiler free as I could in this.

Pros
+ AMAZING story in my opinion.
+ Great combat system/combo, even in Mouse + Keyboard config (I don't own any controller). Could be different for other people but playing this on Normal and Hard difficulty gives 0 problem for me on M/KB
+ MEGA AMAZING soundtrack. One of a few games where I have to stop my music player whilst playing it because it will be such a waste not to listen to the soundtrack
+ Has many "endings", but I believe is still linear story-wise. You'll see what I mean after playing the 1st playthrough, and it is not that complicated for me. I only open walkthrough after getting the first 3 main endings (which I did only because i need to know several minor stuff about the story, because I missed on something)

NieR:Automata is a 3rd person, action packed and story-rich game that really plays like a JRPG. I was surprised at how hooked i was on the game after initally stopping after I died on the first 30 mins of the game because i can't save.
Yes, this game has no Autosaves. You have to manually save near and/or on a bonfire called vending machines available throughout the maps after the "introduction" of the game. Thankfully I managed to force myself to keep playing because boy was I suck at the game at first.

The game sometimes bring you a unique camera perspective depends on the area you're fighting in. For example, one of the intro gameplay brings you a top-down view and side-scroller view. Not a lot, and definitely not the selling point of this game, but it's there.

I have to say, however, although the game should have been "hard", I seem to have no problem fighting my way through the story just because I spent more time than I should have on farming materials to upgrade weapon, which resulted in my level being above the story level. (NieR:Automata players know that one pit area where enemies spawn infinitely, where you farm Titanium Alloy). I've played this game on Hard difficulty, and have tried the Normal one. This makes the game easier, just because you're over-leveled. Might want to keep that in mind so you can still enjoy the boss fight. Might also be different on the highest difficulty, but this is what I experienced.

One of the things that makes me want to recommend this game is the story and soundtrack. There's this one time that I let my PC run NieR:Automata whilst I study or sleeping just because I like this one particular Amusement Park soundtrack but too lazy to just search the name of the soundtrack on google. This game has one of the best soundtrack of all the games I've played.
Furthermore, the story NieR:Automata brings is just..... beautiful. It has great messages for the players, and the amount of contemplation I did whilst processing the stories is crazy. I won't talk about anything story-related because I'm bad at summarizing things without spoiling anything. Instead, just note that this game offers beautiful story enough for some mini tears for some people. Be careful of that void feeling and soft deppression you'll feel after playing this game.

Sidequests brings more depth for the characters available in this game; both for the NPCs and the main characters. Do all the side quests and you'll find yourself some funny and sad additional content here and there.

I will recommend this game even on the full prize. It has beautiful story, fun combat, long gameplay to spent your time with, and amazing soundtrack. Definitely one of the best game I've ever played. 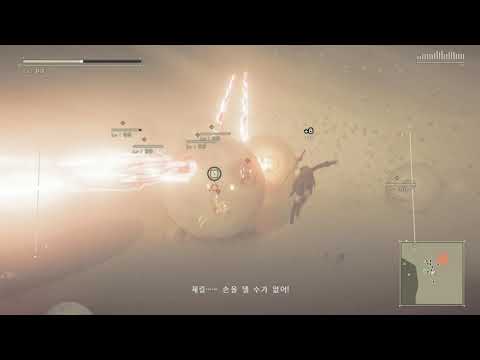 AYeSoNe
View videos
PC Fan problem while playing Nier
So not sure else where to post / ask this but Been playing N:A for many hours. My pc is fairly decent, 1070 build Everything was smooth gameplay no problems but within the past hour while I was playing I heard a noise getting gradually louder, leaned dow...
26

Ｔｅｎｓｅｎｕｍａ
Jan 11 @ 7:36am
General Discussions
Why did this game review so well?
It's not terrible or anything but I don't really get all the praise it's gotten. Nothing really stands out in terms of graphics, story, character, level design etc. Aside from the sound track which is really good it just seems like a B tier game.
15

Nothing says ‘Monday morning’ quite like punching yourself directly in the heart with a fist formed from five minutes of music then crumpling on the floor, a solitary tear rolling down your cheek. Thanks, Square Enix, for enabling this Monday morning moment by adding Nier soundtracks to Spotify. As part of the tenth birthday celebrations for the series, soundtracks for Nier: Automata as well as ye olde Nier Gestalt and Replicant from consoles are now up on streaming services. Listen at home! Listen on the bus! Listen at work then try to justify it by writing a post about you crying over roboguilt at 11am on a Monday!

Returning to where you were last on this page...
Cancel